Hanukkah Candelabrum
the message of the menorah 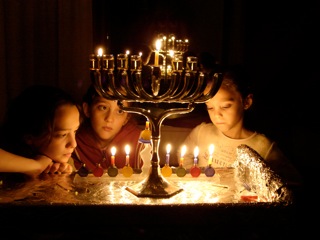 Photo by Chayim B. Alevsky

When dark winter days deepen, it's time to polish our Hanukkah candelabrum, our family menorah, to a shining gleam. I think about how its lights have flickered in the window of every home in which we’ve lived, it's warm glow reflected the faces of my children, cast in my mind as both toddlers and teenagers at the same moment.

As the history of our family unfolds in this generation, the lights of Chanukah tie us to the Chashmonaim of so long ago who blazed a trail of dedication to Torah that we merit to follow today.

Hanukkah traditions are few. We eat latkes and doughnuts fried in oil, play games of dreidel and many families give gifts. But the lighting of the Hanukkah candelabrum is the tradition that captures the inner essence of the holiday. Hanukkah, like every Jewish holiday has a unique message that its symbols convey to us.

What message does the Hanukkah Candelabrum communicate? 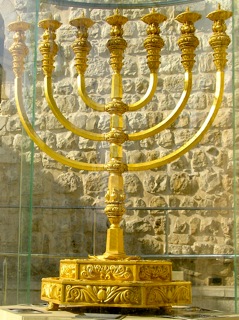 Consider the construction of the original Menorah that stood in the Beit HaMikdash. It had seven cups, three on each side, branching forth from a central stem.

Its purpose was to embody the wisdom of Torah. The words Torah and menorah both contain the word “ohr,” the Hebrew word for "light." The menorah’s branches of light, like the words of our holy Torah, extend in all six directions and illuminate every corner of the world.

But the branches do not stand on their own. Each golden stem is connected to a unifying force, the central stem. It unites the individual branches into one complete object and supports them on a single leg in this world.

Seven cups, seven flames, one candelabra. Each individual flame creates one light, a light unified by the candelabra itself.

Torah survives because every fiery soul learning and sharing its eternal message is like a flame of the Menorah. Like the Menorah, they are unified in their purpose: to illuminate the world with Hashem’s wisdom. Their sole purpose is only to reveal Hashem's glory.

This idea is completely alien to the Greek world. Hellenistic culture celebrated the individual contribution above all, its goal was self-glorification. Success in competition was the measure of a man's worth.

A Jew's worth is measured by purity of heart, a prerequisite for Torah learning. So too, the oil used in the Menorah had to be pure. Every vial fit for lighting bore the seal of the High Priest who was entrusted to lighting the Menorah's flame.

Every talmid a pure vial of oil, his flame ignited by the Torah leaders of the generations, this is how the light of Torah, of Hashem's Glory is revealed.

The Celebration of Hanukkah: transcending nature

The miraculous events in Jewish history are commemorated on Chanukah by lighting the eight-branched Hanukkah candelabrum. The eighth light is added because of course, the miracle of lights that lasted for eight days until pure oil could be found. But there is more...

The Greeks wanted to extinguish our neshamos, but they did not want to annihilate us physically. Their goal was to absorb us into their cause-and-effect culture, to assimilate us into the pagan mainstream. 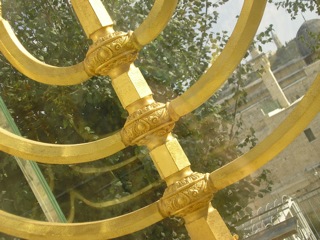 Eight has significance in Judaism: it is the number that transcends natural law. The eight-day miracle of the Chanukah oil defies the cause-and-effect world. The tiny Maccabee army’s victory over the massive Greek world power was certainly not a natural one. Miraculously, the might of the Greek nation, like the Egyptians before them and the Romans after them, was eventually extinguished for all time.

These dark days of exile since the Roman destruction of our holy Temple are like the dark days of winter. The Hanukkah candelabrum conveys to us that a pure flame of holiness burns within each of us, even in our darkest most hopeless times. The miracle we celebrate is that, in a world shrouded and limited by the laws of nature, the distant branches of the Jewish people are cast together in a unified light, and that light can illuminate the world. 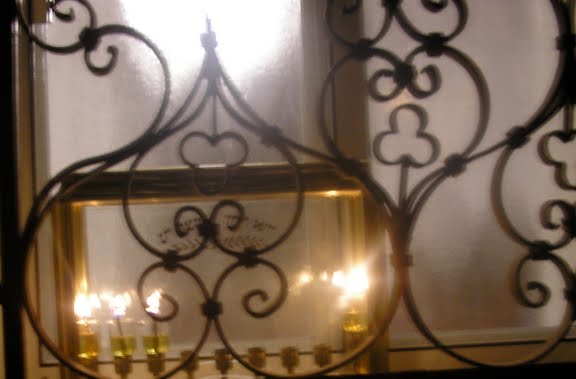 Every menorah in every one of our homes, windows and doorways defies the laws of nature. Against all odds, we are still here, a holy nation and eternal people chosen to illuminate the world with the pure light of Torah. This is the message of the Hanukkah candelabrum.

As you gaze at your Menorah this year, imagine yourself, every member of your family, every person in your community, each teacher and Torah leader as an individual flame united~
in one eternal light.

Chanukah edition is SOLD OUT!

contact me to reserve your copy when back in print!

order the First Edition with recipes for Rosh Hashanah and all year long here....

Cooking for the King, the Chanukah edition is your ultimate go-to guide for getting the most enjoyment out of the holiday of Chanukah. Stories, recipes and cooking tips. Step by step instructions for the best latkes, crisp on the outside and creamy in the middle. Plus fun and delicious recipe variations on latkes, and make ahead tips.

Stories of Jewish history, our great Jewish heroines like Yehudis and Chana. There's a splash of Southern charm in the story and recipe for "Comeback Sauce" and a hail to my Sephardic heritage as I share memories of my childhood kitchen.

Don't miss it! Makes a wonderful gift for friends and family. Here's how to order...