Renee Rousso Chernin, author, recipe developer and creator of the website, TheKosherChannel.com, centers her work on the connection between the practical and inner lives of today’s Jewish woman.  Her articles have appeared in dozens of publications and she has published two editions in a series of holiday cookbooks titled Cooking for the King. Renee travels extensively presenting recipes from her books to women in North America. Her demos and books convey that cooking can be a meaningful part of a Jewish woman's spiritual preparation for enjoying the holidays and Shabbat.

Renee and her husband David made aliyah in 2007 from Atlanta, Georgia and now live in the Old City of Jerusalem. They have two daughters, two very cool sons-in-law and a growing gang of adorable grandchildren.

For book ordering and demo information, see footer below

Renee admits she began her career as a reluctant cook.  “So much time and energy poured in to a 20 minute meal sapped any seeds of enthusiasm I may have had. There were just better things to do than shop and shclep and cook and clean." Renee says she knew cooking was an unavoidable part of raising her family but adding to her aversion, she was also quite insecure in the kitchen.

To overcome her lack of skills she learned cooking techniques from food magazines and signed up for cooking classes. “Once I gained confidence, my creative juices started to flow—but only in spurts.” The daily task of coming up with pleasing, healthy and simple to prepare menus seemed like a never ending and unrewarding cycle.

Then Renee and her family became Shabbat observant, and cooking finally held meaning for her.  “I learned there is a higher purpose to our efforts in everything we do. Even in the kitchen. We are the guardians of kashrut, we create the home’s Jewish atmosphere.  Preparing beautiful meals to honor our holy days and give those who come to our table enjoyment is an investment in our future. And the payoff can be beyond our imagination. Even family dinnertime was transformed from the mundane, to a majestic time together."

With this changed attitude Renee made beautiful meals but rarely made a dish exactly the same way twice. When she began catering she found she needed  to systemize her recipes. She tested and tweaked until each dish was perfectly balanced and easy to reproduce. Those recipes are the foundation of her books, Cooking for the King, kosher recipes with the taste of Torah designed to bring majesty to your menu. 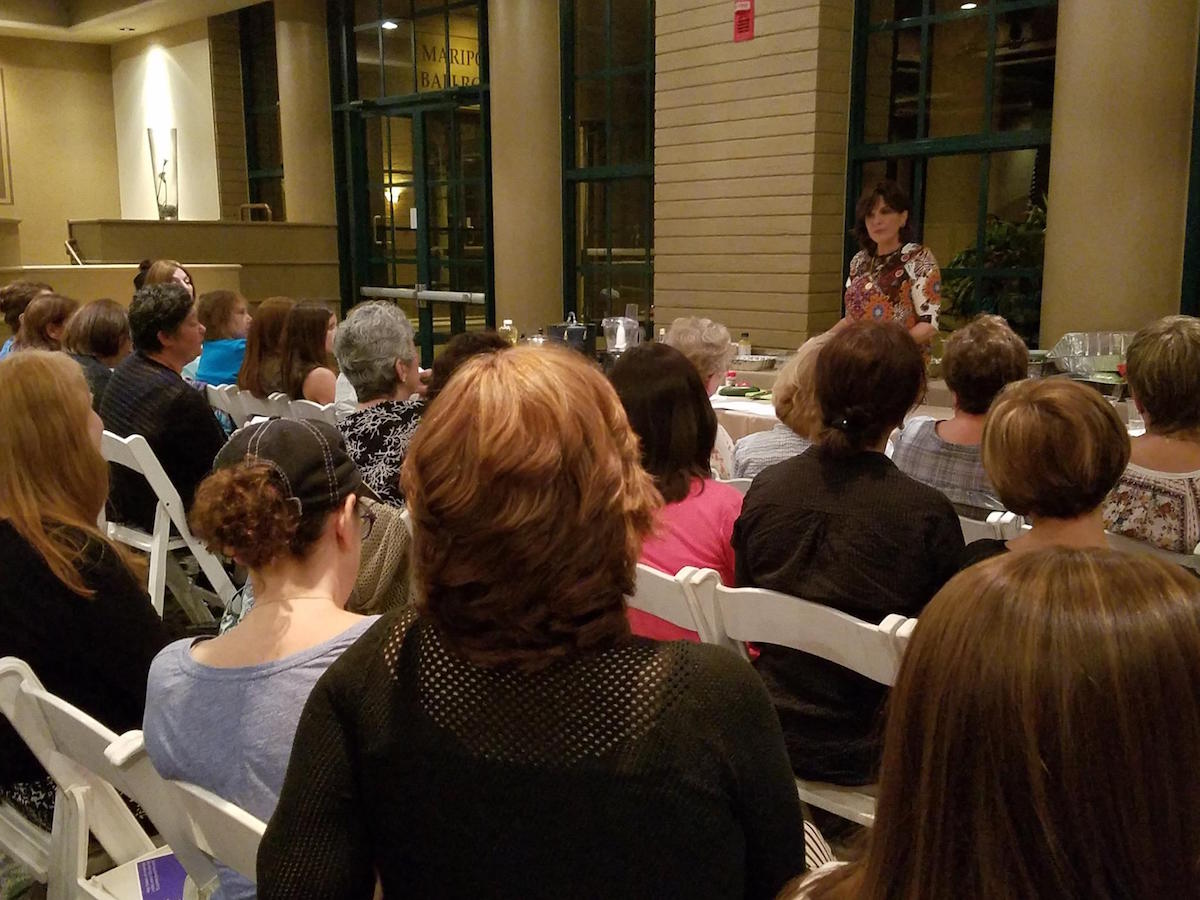 These are kosher cookbooks with recipes—for life. "They are the kind of cookbooks I always wanted to own but could not find, so I wrote them myself!" Renee's books, cooking demos and TheKosherChannel.com are designed to interest Jewish women of all backgrounds. In addition to delicious, simple recipes, there are health and cooking tips, stories of our history, dignified heroines, glimpses into a rich Sephardic background with a splash of Southern charm—presented in humor, warmth and good taste.

All written material on thekosherchannel.com
and Cooking For The King
protected by copyright 2007-2021
Please contact me to obtain permission to reproduce any material.